Steve Kerr Urges People to Opt for Rehab Over Back Surgery 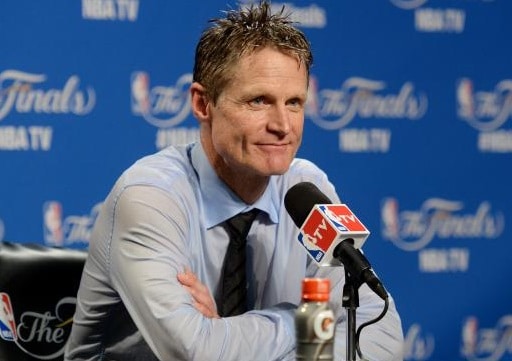 Golden State Warriors head coach Steve Kerr has been dealing with off-and-on painful symptoms since he underwent back surgery in July 2015, and he is urging anyone with back issues to avoid making the same mistake he made.

Kerr spoke to reporters on Sunday to update his condition, and he did not rule out missing the remainder of the postseason. He also said he would encourage anyone who suffers a back injury to never go under the knife.

“I can tell you if you’re listening out there, stay away from back surgery,” Kerr said. “Rehab, rehab, rehab. Don’t let anyone get in there.”

At Premier Chiropractic of Tacoma, we work with patients every day who, like Steve Kerr, are contemplating neck or back surgery. These are people who have sustained serious injuries or have chronic pain conditions in their neck or back. Over the course of my 10+ years in practice, I have developed a group of providers includig Physical Therapists, Massage Therapists, Physiatrists, Orthopedic surgeons, Neuro surgeons, etc that help us provide fantastic results.

There is an enormous misconception in people’s minds when trying to decide whether they should go under the knife. The misconception is that they believe surgery will eliminate their pain. However, the surgeon’s goal is to relieve compressive neuro pathology, “nerve pressure”. Their primary goal is to prevent disability not to fix pain. Pain is multifaceted and very complex from individual to individual and there are no guarantees that neck or back surgery, even though deemed a success, will eliminate your pain. I have seen amazing work done by local surgeons, but often times the patient is still in pain months or years after. It is fascinating what some of the best surgeons can accomplish in the operating room but healing is complex and no patient should rush into surgery without first exhausting all rehabilitative options.

In 2011, the Journal Spine (SPINE (Phila Pa 1976) 2011 (Feb 15); 36 (4): 320–331) published an article that revealed 74% of low back surgeries failed. In this study the authors reviewed workers compensation records of 1450 injured workers from Ohio. They split the group into two. Those who opted to have surgery and those that did not, but all had an MRI confirmed disc herniation with pain down their leg (nerve pressure). Of those that opted for surgery only 26% of them had returned to work 2 years later. When they looked at the non-surgical group 67% returned to work even though they had the exact same diagnosis as those that opted for surgery. This article illustrates that yes, sometimes surgery is the only option but it should be the very last resort due to complication rates.

In our office we work with providers from all different disciplines helping people regain their function and their life. It’s a team approach. Bring your MRI, CT Scans, X-rays and let’s sit down and determine what your options are.